Instructions: Use circle equation calculator to compute the circle formula, its center and radius from a valid quadratic equation, which you can provide in the form below.

This calculator will allow you to obtain the equation of a circle, finding the radius and center of the circle, from a given valid quadratic equation in the variables \(x\) and \(y\) that you provide, showing all the steps.

Once you provide a valid quadratic equation in x and y, you just need to click on the "Calculate" button, and all the steps of the calculation will be shown to you.

Observe that not all valid quadratic equations provided will lead to a circle equation, as we will explain the in the following sections.

One easy task consists of finding the equation of the circle when you are given the coordinates of the center and radius, where you get directly the standard form of a circle, which looks like:

Then, expanding terms and simplifying in a relatively straightforward process leads to the general form of circle.

What are the steps for finding the circle equation

Observe that to complete squares we won't allow cross terms like \(x \cdot y\). Those terms could perhaps be dealt with using axes rotation, but that is beyond the scope of this analysis.

How to simplify the circle equation

Or, if provided with a quadratic equation, simplifying means completing squares for each of the variables x and y, and simplifying the resulting constant. So then, the idea of simplifying the circle equation depends on what we have available, and what do we need to get.

How to use this circle equation calculator

Similar to what happened with addition and subtraction, dividing fractions is just derived from the multiplication of fractions: To divide two fractions, you just multiply first one by the inverse fraction of the second one (the inverse fraction is obtained by swapping the numerator by the denominator in the fraction).

Can we find circle equation problems in real life?

All the time! Circle equations are very important in engineering, as they represent a very common symmetry property, reflected by the Pythagorean theorem. Applications involving the equations of circles are very frequent, and it is very useful to have a functional understanding of the concepts involved.

Form basic things like using the circle equation for the area, to more complex things involving structures and engineering processes. 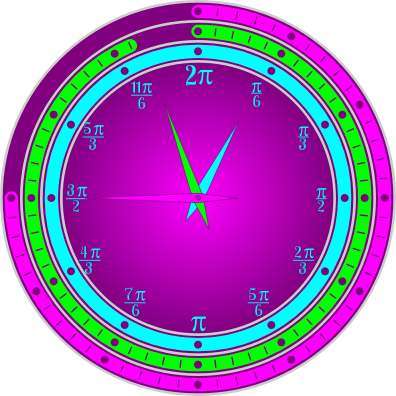 Solution: The answer is NO. Indeed, the leading terms (terms that multiply \(x^2\) and \(y^2\)) are 2 and 3 respectively, and they do not coincide, so then, there cannot be a circle equation.

Circles are objects of great interest. They allow a geometric treatment with the area formula and circumference formula that only use the radius r, and they also allow an analytic treatment, with the standard form and the general form of a circle. Whether you use the analytical or geometric approach will depend on the task at hand.

Also, there is an interesting crossover of techniques, where completing the square is a technique that can be used for solving quadratic equations to computing the circle equation.