Instructions: Use this calculator to compute the area of a circle from its diameter. Please provide the diameter in the form below.

Calculating the area of circles from diameter

This calculator will allow you compute the area of circles, provided that you provide the diameter. The diameter provided needs to be any valid positive expression. It could be a number like '2', it could be a fraction like '3/4' or it could a expression involving square roots, like '3sqrt(3)'.

Once a valid diameter is provided, the area of the circle will be calculated showing all the steps once you click on the "Calculate" button.

Normally, you would compute the area of the circle based on the radius, but it is not uncommon to want to go directly from diameter to area, and this calculator does exactly that. 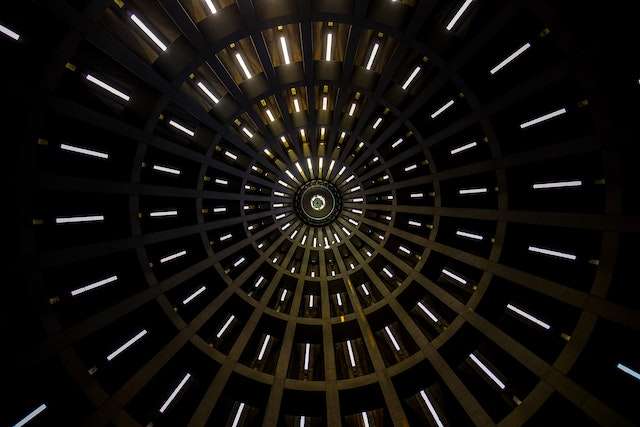 How to compute the area of circle from diameter?

We all know the famous area of circle formula:

The only "problem" is that this circle formula requires the radius. But notoriously, the radius (r) and diameter (d) are related through the formula \(r = \frac{d}{2}\)

Then, plugging this into the above area formula, we get

which gives us a direct formula to go to the area from the diameter.

What are the steps for getting from diameter to area?

Now, you may be interested in the reverse problem, where you want to compute the diameter of a circle from its area.

The Radius and diameter

Interestingly enough, the radius and diameter are broadly used, though it could seem that the radius is sort of more popular. Geometrically speaking, it is the diameter that is perhaps the natural choice for the default circle formulas, but that is not the case.

You always have the choice of going from the given diameter to the radius, by simply dividing the diameter by 2, and work all the default formulas that use the radius instead.

Why would you use the diameter instead of the radius?

Different reasons, perhaps conceptually is not really relevant. But yet, when considering the the diameter of a circle formula, we would see that \(C = \pi d\), or in other words, the ratio between circumference and diameter for any circle is constant, and that constant is called \(\pi\).

A similar statement can be made involving the radius, but it looks a lot more concise this way.

Example: Calculating area from the diameter

Assume that the diameter of a circle is d = 12, find the area.

Solution: We are given the diameter d = 12, and we have the following area formula for a given diameter:

Given a diameter of d = 2, use the common area formula that uses the radius.

Example: Can you compute the area?

For a given diameter of d = -4, can you compute the area?

Solution: This is a great example of where the "can you" may be true, when the "should you" is not. Indeed, from the formula derived above for the area from the diameter, we get

Circles are literally among the most important objects in mathematics. From computing the area of the circle, to computing its circumference, we have different formulas that help us with those tasks.

The idea of areas and circumferences is mostly geometric ones, as we don't need to know the equation of the circle to compute them.