The Quadratic Formula: How to Solve a Quadratic Equation?

The quadratic equation is an equation of the form:

with \( a \neq 0\). This is the main formula that determines a quadratic equation. Now, the question is how to solve this quadratic formula. Fortunately, the answer simple and well-known: It has solutions of the form

These are known as the roots of the quadratic equation (also known as solutions of the equation). In order to analyze the nature of the solution, the discriminant is defined as:

One of the neat things of this quadratic equation solver is that it will show the steps to compute the y-intercept, the coordinates of the vertex and it will plot the quadratic function

There are several steps you have to follow in order to successfully solve a quadratic equation:

Step 2: Plug the coefficients you found in the formula. The formula is quadratic formula is 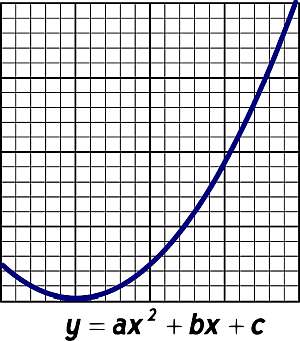 What is the Quadratic formula Used For

The quadratic formula is one of the most ubiquitous formula in mathematics. It appears when you are solving all kind of geometric problems, such as when you are maximizing an area, given a fixed perimeter, or in numerous word problems.

The following equation needs to be solved:

This corresponds to a quadratic equation. The following formula is used to find the solutions:

Using the above formula, we get that:

Hence, the solutions are:

Finally, the coordinates of the vertex are: