About Quadratic Functions and this calculator

Once a valid quadratic function is provided, please click on "Calculate" to see the results.

Quadratic functions are so important in Math, and there are indeed among the most commonly used functions in basic Algebra. Its properties are really intuitive from a geometrical point of view. 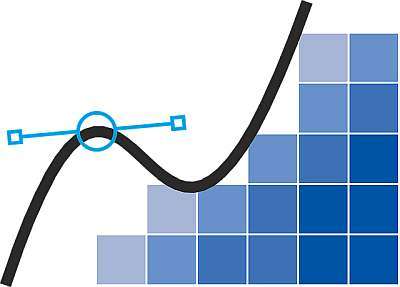 What is a quadratic function?

A univariate quadratic function is a function where the variable appears with a power of 2, possibly multiplied by a coefficient, plus possibly terms of lower order. The quadratic formula is:

Graphically, all quadratic functions are parabolas, that open upwards for a > 0, and open downwards for a < 0. The parabola described by the function \(f(x) = a x^2 + b x + c \) will be symmetric around the vertical line \(x_V = \displaystyle -\frac{b}{2a}\), which is called the axis of symmetry.

Steps for how to solve a quadratic function

The types of roots you will get greatly depend on the calculation of the discriminant, which is \(\Delta = b^2 - 4ac\).

Indeed, for a positive discriminant \(\Delta = b^2 - 4ac > 0\), there will be two real roots. Graphically, this indicates that the parabola crosses the x-axis at two different points

When the discriminant is zero, \(\Delta = b^2 - 4ac = 0\), there will be one real roots. Graphically, this indicates that the parabola touches the x-axis at one point only

For a negative discriminant \(\Delta = b^2 - 4ac < 0\), there will be two complex roots. Graphically, this indicates that the parabola does not cross the x-axis

Although the general quadratic form is \(f(x) = a x^2 + b x + c \), and it is usually sufficient in order to know all we need about the quadratic function properties, there are other forms that are common.

We have the quadratic function in standard form, also known as vertex form, when it is written like

This is particularly useful because the point (h, k) corresponds to the vertex.

What are the steps for getting the standard form of a quadratic function?

The process of completing the squares could be laborious but it will systematically lead you to the standard form of the quadratic.

Why quadratic functions are so important?

Quadratic functions are indeed crucial, as they play a super important role in a myriad of application problems, including maximization and minimization.

The center of all algebraic calculator starts with the power of basic numbers of fractions. 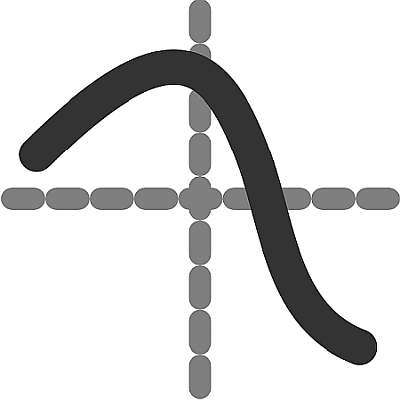 Example: Quadratic Form and the Vertex

By graphing a quadratic function you can tell a lot about its roots, vertex and axis of symmetry as well.