The circle has some many important geometric applications, which make it make a really important object in both geometry and algebra. 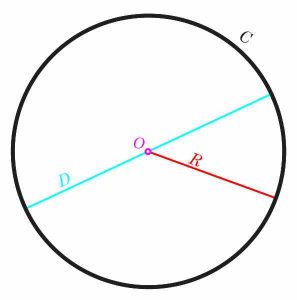 Another crucial property of the circle is that it is very easily represented algebraically. This means that we can easily set an equation to represent all the points in a given circle. To put it more concretely, consider the coordinates plane \(X - Y\). All this means is that we have the X and Y axes, which are perpendicular to each other 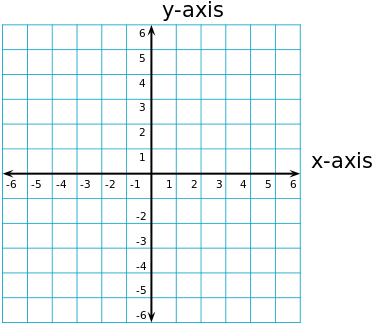 Equation of the Circle

Now, let us talk about the equation that represents all the points of a given circle. Indeed, for a circle of radius \(r\), the following equation describes points \((x, y)\) that are on the circle:

The above corresponds to the equation of a circle of radius \(r\), with at center located at \((0,0)\), the origin of the coordinate axes.

When looking at the equation above, the geometric interpretation is that \(x\) and \(y\) are the sides of a triangle and \(r\) is its hypotenuse 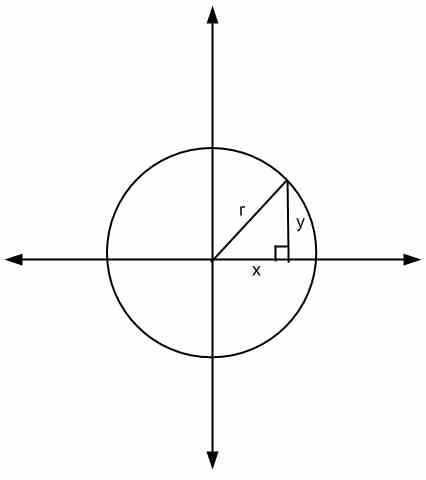 Another way of seeing the equation of the circle is by taking square root to both sides of the equation, so we would get \(\sqrt{x^2+y^2} = r\), which indicates that for any point \((x,y)\) on the circle, the distance to the origin (in this case, the center of the circle) is equal to \(r\).

Equation of a Circle that is Not Centered at the Origin

One advantage of working on coordinated axes is that the points on the circle, and the center, can be localized in the axes, and can be represented by an equation, as shown above. But in general, the center of the circle does not have to be the origin, it can be any point \((x_0, y_0\) in the coordinated axes, in which case, the equation of the circle becomes:

or we can also write

Write the equation of the circle of radius 3, with center at the origin. Using the equation, determine whether or not the point (1, 2) belongs to the circle.

which is the same as

More About the Equation of the Circle

The circle is such an important math entity, that volumes of book have been written about it. Circles cross Geometry, Trigonometry and Algebra, so that is why it is such as transversal appearance everywhere in Math.

How to Work out the Equation of a Circle?

The above equation can be used, for example, to determine whether a point belongs to the circle or not. What else can you do to work out the equation of the circle? You could potentially expand the squares, so we get

which can be simplified into

Is the equation of a circle a function?

One specific case of the circle is the unit circle , with equation \(x^2 + y^2 = 1\), that is centered at the origin. The unit circle is especially suitable to work with trigonometric expressions in a very visual way.