Instructions: Use this calculator to convert quarts to gallons, showing all the steps of the process. Please type the number of quarts you would like to convert in the form below:

Quarts is a rather old unit of volume used, which still has some use, but largely due to a carryover of its past use.

In terms or order of magnitude, a quart is very similar in size to a liter, and metric units have gained popularity in recent decades, even in countries where the imperial system of units is the dominant one.

Converting into equivalent volume units is not a complicated task, but since there are some many different units (specially in the imperial system), it is kind of hard to memorize them all. 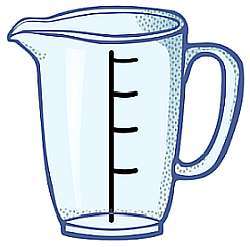 What is 1 gallon in quarts?

A gallon corresponds to exactly 4 quarts. Typically, the conversions within the imperial system have simple constants. It is when we convert between metric and imperial that we find more cumbersome conversion constants.

How do you convert quarts to gallons

The conversion formula is really simple, but I would like to give the steps and rationale to derive it, so it is more likely that you will retain it in your mind.

What are the steps for the conversion of quarts into gallons

Why would you need to convert quarts to gallons

Necessity arises in different contexts. In the U.S. and other countries where the imperial units are dominant, there are a lot of "legacy" units that are not really too frequently used, but they are kept as a part of the whole unit legacy.

Gallons and quarts are broadly used still, and it is a practical tool to have this conversion calculator that will do the calculation for you, because even though the calculation is trivial, you may simply not remember it. 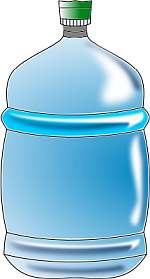 Solution: First, we have to identify the amount of quarts we need to convert. We have in this case that we have to convert 12 quarts into gallons, so Q = 12. The conversion equivalence formula is:

Therefore, we have to get Q = 12 and plug that into the conversion formula:

Examples: Another quarts to gallongs conversion

Solution: The equivalence conversion formula we have is:

But in this case we have that G is given instead. Notice that

In other words, we use the same formula to conduct a qt to gallon conversion instead.

We have calculators to compute cups to ounces, and ounces to cups, which are very commonly requested conversions.

Also, you may be interested in a ounces to liters conversion, as well as in a liters to ounces conversion. These conversions are important because they form a bridge between metric and imperial units

Another perhaps less popular conversion tool is the cups to quarts conversion among others.