Instructions: Use this graphing tool to plot the graph of two lines that you provide. Please type two linear equations.

More about tool to find the intersection between two lines

Lines are commonly used to represent important variables in different disciplines. For example, in Economics, the demand and supply functions are typically expressed a linear functions, and as such, their graphs will be lines simply. 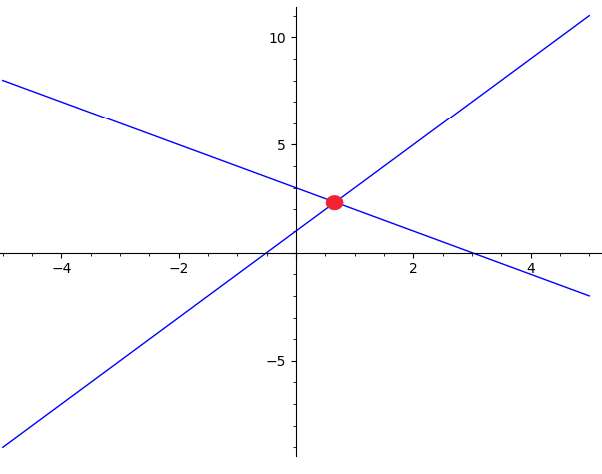 How do you find the intersection on a grapher?

In this case, with this graph intersection calculator, all you have to do is to provide a valid linear equation to identify the lines you want to find the intersection point for. You can write the equation in its standard form or in its slope intercept formfor each of the line.

You have flexibility in terms of how to write the equation, provided that the equations you type are valid linear equations.

What is the formula for the point of intersection of lines?

Ultimately, finding the intersection of two lines is the same a solving a system of equations, and there could be different strategies that are more appropriate than others, depending on the structure of the equations of the lines.