The Binomial Theorem is one of the more famous theorems in Algebra, and it has a multitude of applications in the fields of Algebra, Probability and Statistics. It states a nice and concise formula for the n th power of the sum of two values: \((a+b)^n\)

I was first informally presented by Sir Isaac Newton in 1665.

Many other notable mathematicians have tackled the Binomial theorem after Newton. It was a very appealing problem in the 17th and 18th centuries. 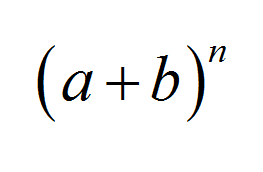 The Formula for the Binomial Expansion

What is integer about the Binomial Theorem is that it provides a very elegant and concise formula. Before getting into the formula, let us do some calculations. For example, for \(n = 2\) we get:

More patterns? Well, there is always a term of the form \(a^l b^m\), and we can see that the \(l\) powers go decreasing, and the \(m\) powers go increasing. But there is something interesting too: If you check each term, the sum of powers is always \(n\). Indeed, you will check that \(l + m = n\) for all those terms.

Now we are ready to give the general expression for the Binomial Theorem. Ready? We have:

where the term \({n \choose i}\) reads as "n choose i" or also as a "combinatorial coefficient", and it is defined as

You can use this combinatorial coefficient calculator to learn more about it and to practicing by seeing all the steps shown.

The sum above that defines the Binomial Theorem uses the notation by extension, to make the terms more understandable. Like always in Math, we try to make things more compact, and the above expression can be summarized as:

There is always a trick (don't forget that line, it appears in Math a lot).

Ahhhhhhh, so the Binomial Theorem still applies. So then:

More About the Binomial Expansion

The Binomial theorem is so important, that it is covered in mostly all courses including Algebra, Calculus, Probability and Statistics.

There are some generalizations like the negative binomial expansion, which is beyond the scope of this tutorial.

Some times students get stuck when they need to compute the constants (the combinatorial coefficients) that go in the binomial expansion. One really easy way to do it is to use the Pascal Triangle. 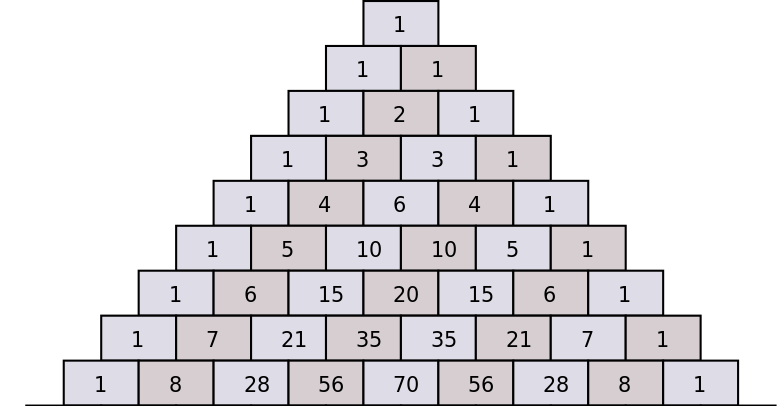 The Pascal triangle shows how the successive binomial coefficients can be computed based on the coefficients of the previous value of \(n\), by adding the two coefficients that come immediately above.

where \(X\) is the number of successes after \(n\) trials, when the probability of success of each trial is \(p\). The \(X\) variable is known as the binomial random variable.

You can also compute probabilities for binomial distribution using this calculator . Also, you may want to compute permutation coefficients , that are related to combinatorial coefficients.