Instructions: You can use this binomial coefficient calculator to get the step by step explanation of how to get the expansion for \((a + b)^n\). Please type the values of \(a\), \(b\) and \(n\):

What to know about this Binomial Expansion calculator

for given numbers \(a\), \(b\) and \(n\), where \(n\) is an integer. The above expression can be calculated in a sequence that is called the binomial expansion, and it has many applications in different fields of Math.

The Binomial Expansion of Order n

Using diverse approaches, the formula for a binomial expansion has been found, and it is as shown below

One very clever and easy way to compute the coefficients of a binomial expansion is to use a triangle that starts with "1" at the top, then "1" and "1" at the second row. Then, from the third row and on take "1" and "1" at the beginning and end of the row, and the rest of coefficients can be found by adding the two elements above it, in the row immediately above, as shown in theceous chart below. 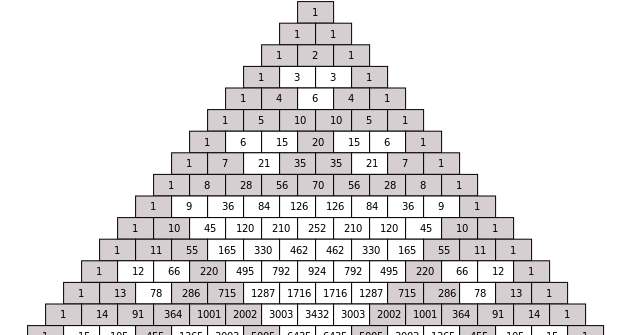 So far we have considered the order \(n\) to be a positive integer, but there is also an expansion when \(n\) is negative, only that is not necessarily finite, and it will involve an infinite number of terms in the general case.

Instead of computing the whole expansion, use this binomial coefficient calculator to get a specific term of the expansion.

You can use this Poisson calculator to compute Poisson probabilities for any event of interest.