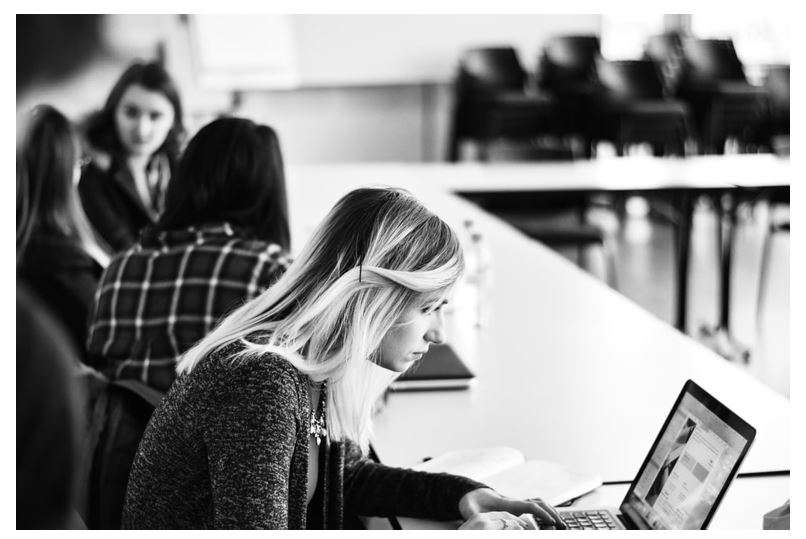 Game theory will help you think strategically, predict events, win quests, and get bank loans, even if you have a bad credit history. Game theory will even help with academic writing, as well as essay help.

In each situation, we choose a certain strategy. This usually happens unconsciously, hence the frequent mistakes. You can avoid them if you learn to guess the actions of another person.

Take dating, for example. Most of us choose this strategy: we try to hide negative traits and show positive ones.

I won't tell you yet that I like to lie on the couch with a beer every night. I'll tell her when she gets to know me better and knows that I'm great regarding other aspects. Such a strategy is rather not a lie, but a silence.

Imagine a situation: a man and a woman meet for several months and one day decides to move in together. A man has a small apartment, so, logically, we are talking about moving to a woman's apartment.

I must say that the man works as an economist. He analyzed the situation and realized that it is not profitable to refuse to rent an apartment yet. Now he pays little money and in the event of a breakup of the relationship will not find the same good option. The woman, having learned about this, immediately breaks up with the guy.

What was wrong with this couple? The man, correctly calculating the situation from an economic point of view, did not take into account the psychological factor. The woman perceived the gesture with the apartment as frivolous intentions. But she didn't think about the fact that her boyfriend is an economist, so he makes decisions primarily from the position of "profitable — unprofitable". Thus, this game was lost by both participants.

Calculate not only your actions but also the reaction of other people. Often ask yourself: how can I interpret my action? Advice especially for men: explain your actions and remember that any omission is a reason for your other half to come up with something. Strategic thinking is not only about economics, but also psychology!

Puzzles, quests, IQ tests, and logic tests will no longer be a problem after learning game theory. You will learn how to search for all the existing answers and choose the most suitable one among them.

Two students asked the professor to postpone the exam. They told a heartwarming story about how they went to another city for the weekend, but on the way back they had a flat tire. They had to look for help all night, so they didn't get enough sleep, don't feel well, and need some academic writing help. (In fact, the friends were celebrating the end of the session, and this exam was the final and not the most difficult.)

The professor agreed. The next day, he sat the students in different classrooms and handed out a piece of paper with only two questions. The first cost only 10 points, and the second — 90 and sounded like this: "Which wheel is flat?»

If you rely on logic, the answer is "Right front wheel": it is on the right, closer to the curb, that most often all the garbage is lying around, which the front tire first runs over. But don't rush it.

In this situation, it is important to give not so much the correct (logical) answer, but the answer that will be written on a piece of paper of a friend.

Therefore, it is obvious that both students will make guesses based on the assumption of how the other thinks.

You can think like this: do students have something "in common" with one of the wheels? Perhaps a year ago they had to change a wheel together. Or one tire is smeared with paint, and both students know about it. If such a moment is found, this option is worth choosing. Even if the other student is not familiar with game theory, he can remember this case and point out the right wheel.

In reasoning, rely not only on logic but also on life circumstances. Remember: not everything logical for you is also logical for someone else. Involve your friends and family in mind games more often. This will allow you to understand how people close to you think, and in the future avoid difficult situations, as in the example above.

Knowledge of strategy games helps you to analyze your own decisions more deeply.

Mary decides whether to try smoking or not.

The picture shows the so-called game tree: it is useful to draw it every time you need to make a decision. The branches of this tree are variants of the development of events. The numbers (0, 1, and -1) are the winnings, i.e. whether the player will be the winner if he chooses one or the other option.

Let's assume that Mary decided to try smoking. What's next? Will she quit or not? This will already be decided by the Future Mary, in the drawing she enters the game on the "Try" branch. If she has already formed an addiction, then she will not want to quit smoking, so we put win 1 (the second digit of the lower right branch) to the "Continue" option.

What do we get? The current Mary will benefit if she tries to smoke, but does not become addicted. And this, in turn, depends on Future Mary, for whom it is more profitable to smoke (she has been smoking for quite a long time, so she has an addiction, so she will not want to quit). So is it worth the risk? How about a draw: get a win of 0 and not try smoking at all?

You can calculate the strategy not only in a game with someone but also in a game with yourself. Try drawing a game tree and you will see if your current solution will lead to a win.

There are different types of auctions. For example, in the movie "Twelve Chairs", the so-called English auction was held. The rules are simple: the winner is the one who offers the highest amount for the exposed lot. Besides, a minimum step is set to raise the price, otherwise, there are no restrictions.

In the auction episode of the movie, the lead character made a strategic mistake. Following the offer of $145 per lot, he raised the price immediately to two hundred.

From the point of view of game theory, he should have raised the bid, but minimally until there were no competitors left. Thus, he could save money and not get into a mess: he did not have enough money to pay the commission fee.

There are games, such as auctions, that only need to be played with your head. Decide in advance on the tactics and think about the maximum amount that you are willing to pay for the lot. Give yourself a promise not to exceed the limit. This step will help you cope with the excitement if it suddenly catches up with you.

5. Playing in an impersonal market

The depersonalized market is banks, insurance companies, contractors, and consulates. In general, those participants of the game do not have names and surnames. They are depersonalized, but it is a mistake to assume that the rules of game theory do not apply to them.

John turns to the bank in the hope of getting a loan. His credit history is not perfect: two years ago, he refused to repay another loan for six months. The employee who accepts the documents says that, most likely, John will not receive a loan.

Then John asks for permission to bring the documents. He brings a statement from the hospital confirming that his father was seriously ill during those six months. John writes a statement, where he indicates the reasons for the delay in the payment of the previous loan (the money was needed for the treatment of his father). And after a while gets a new loan.

When you do business with impersonal players, always remember that there are personalities behind them. Figure out how to draw your opponents into the game, and set your own rules.

In case you have any suggestion, or if you would like to report a broken solver/calculator, please do not hesitate to contact us .